Here she is, the all-American girl!  Women of the 50s became consumers.  They left the workplace after the men returned from war and went back to work.  There was a move to fashion and away from the practical.  No more rationing!  They were elegant, polished and charming.  It seemed the height of chivalry when men held the door for them, lit their cigarettes, helped them with their coats, carried their packages for them and treated their women quite royally.  The 50s was also the beginning of differences between more mature women and the young teens.  Neither imitated the other for the most part.  It was fun to be young yet also ideal to be the grownup.  My lady is the more mature woman who wore elegant clothing when they went out, cocktail dresses for the evening out and classic fashions during the day.  Mink coats and stoles, pearls, rhinestones, chiffon, silks, crinoline and other frivolous items were part of the wardrobes during the 1950s. 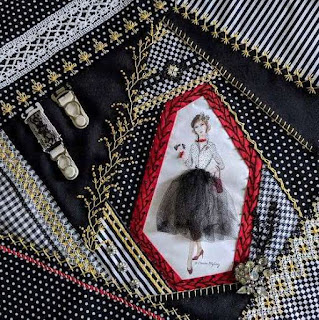 The ideal figure was tall with small bones, sloping shoulders, a tiny waist and a graceful neckline.  Hats and gloves were still very common.  Also common were hairstyles such as the French roll and Beehive, otherwise hair was shorter.  Emphasis was on the bust and hips and shoulder pads were removed.  Two types of skirt silhouettes were common, full skirts known as bouffant skirts emphasized a tiny waistline and straight skirts referred to as pencil skirts defined the curves and elongated the legs.   Sweater sets also flattered and emphasized a woman's figure.

Lots of stripes, polka dots and checks/gingham were evident during this decade and styles were influenced by French and Italian fashion.  I chose yellow, black and white to reflect the elegance and European influence.  Of course every lady wore a girdle/garter belt and nylons (before pantyhose were invented).  Another indicator of the 50s were those flattering yet uncomfortable and "dangerous" stiletto heels. 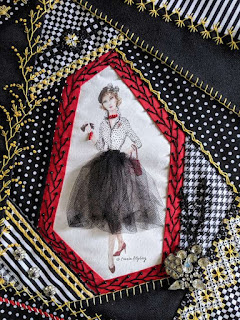 Although I painted a white skirt I decided to do a black netting over that area so it would show up better.

During the 1950s the USA was a dominant country with a stable economy with American made products.  Eisenhower was President during this time.  Alaska and Hawaii joined the union.  Inventions included TV, vacuums, freezers and of course the Barbie doll.  On the downside this decade is also affected by polio and the iron lung.

How many of you remember the 1950s decade?  Would love if you shared your experiences and memories!

WOW Connie you nailed it! Garden belts, bouffant skirts, hats gloves I remember wearing it all! Now I know why I still love polka dots!

I believe in the Holy Bible

It is the basis of my life, our Constitution and Freedom

Welcome to my blog. I'm so glad you are here! I love creating and continually strive to learn (or at least try) new skills and techniques. This blog is where I share my journey. Please feel free to email me with any questions or comments. My email address is ceyberg09@gmail.com

Inspiration for your studio.

I would love for you to grab this button to post on your blog, linking it back here!

All kinds of Stitching Going On 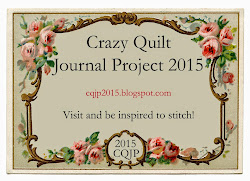 Visit the site to be inspired 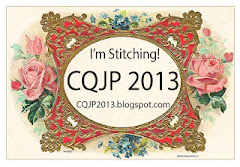 Visit this site to see all the beautiful entries 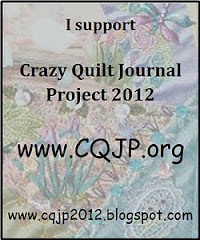 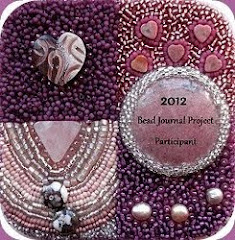 Featured on the cover... 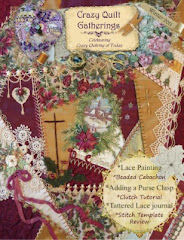 Pat Winter's Crazy Quilt Gatherings magazine now available. Click on the image if you would like to be taken to the site to order your own copy!

This link will lead you to a wonderful source for beautiful lace embellishments. Find the Etsy shop on her blog.